10 things that will surprise you about Stellenbosch 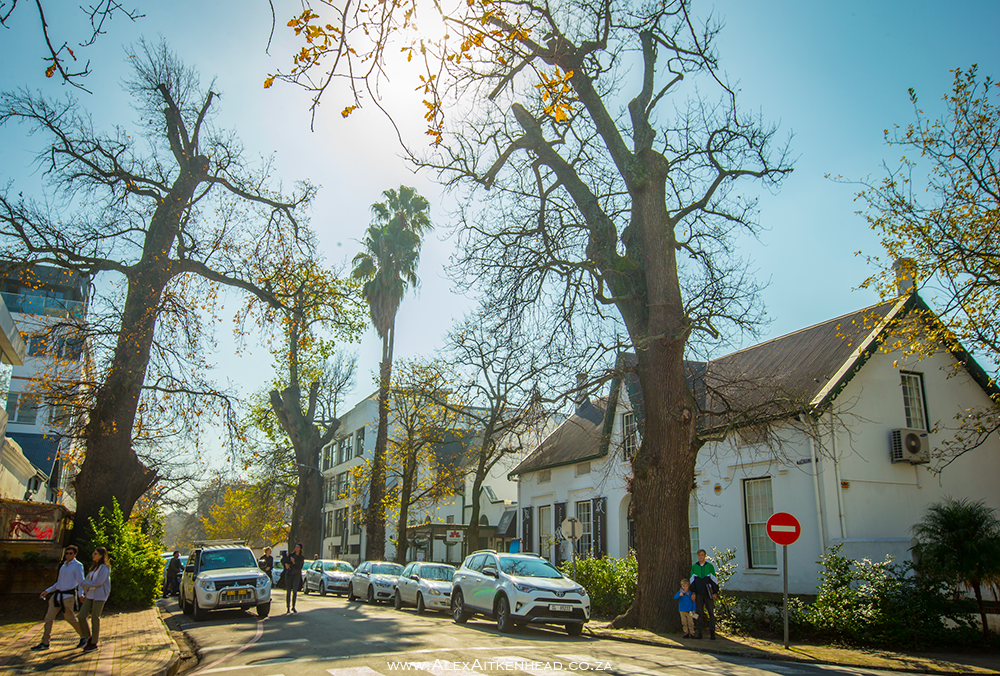 Stellenbosch is a true treasure trove for foodies, nature lovers, adventurers, and wine connoisseurs alike. Whether you’re a regular visitor or whether you’ve only recently added Stellenbosch to your travel bucket list, here are 10 interesting facts that are certain to surprise you – and leave you desperate for an escape in this sought-after town sooner rather than later!

Stellenbosch is full of magical gardens

The two most popular gardens to add to your itinerary when spending time in the area include the garden of Johnman House in Herte Street and Una van der Spuy’s beloved garden at Old Nectar estate, located in Jonkershoek. 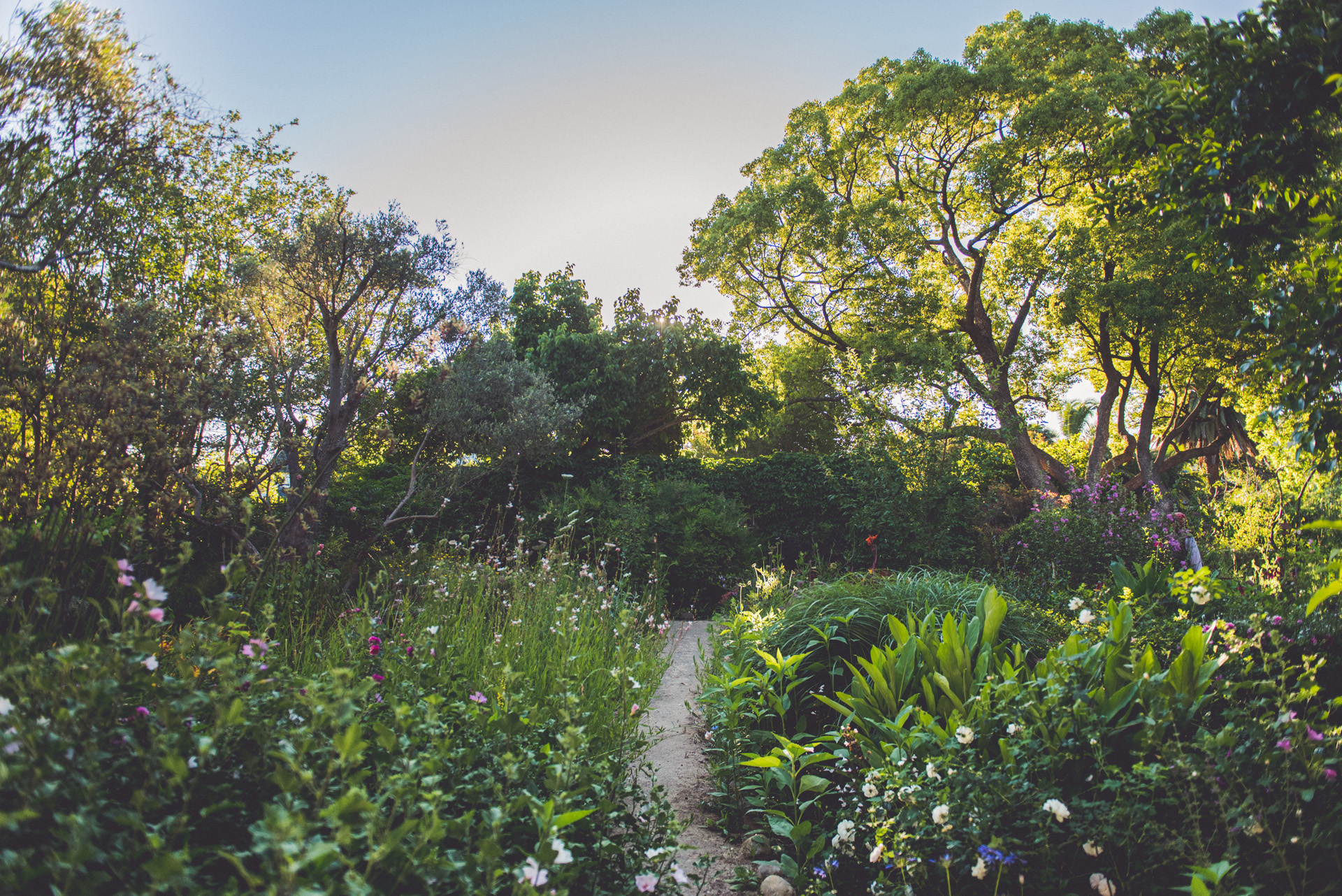 Johnman House is where nature lovers will uncover one of the last of the Old Cape gardens in Stellenbosch. If you’re keen to make the most of your visit, be sure to stop by to enjoy a guided garden tour followed by tea and sandwiches on the veranda on the first Thursday of each month.

The garden at Old Nectar estate, on the other hand, is open every day of the year and entry costs R50 per adult – kids get to explore for free! The most notable fact about this special garden is that every single tree was planted by Una herself over a period of 70 years. 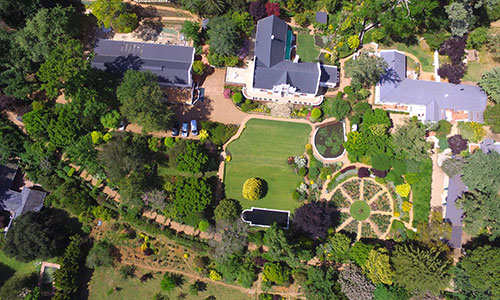 The Cape Winelands Biosphere Reserve, which incorporates the Stellenbosch Municipality, as well as a portion of the Drakenstein, Breede Valley, Witzenberg, and Theewaterskloof Municipalities, has been a protected World Heritage Site since 2007. The Cape Floral Kingdom, comprising the Jonkershoek fynbos area and smaller Assegaaibosch, is where you’ll discover 20% of the total plant species found on the African continent.

Stellenbosch has a children’s home 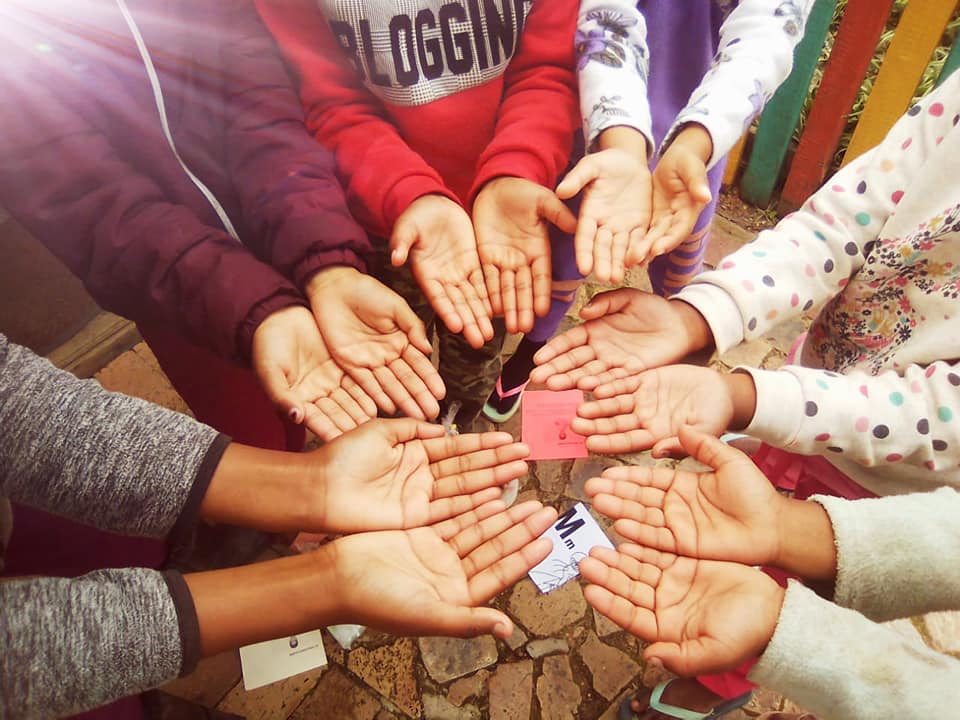 The Youth Outreach youth centre started in 1997 as a refuge for street children but has evolved significantly over the years. Now, in addition to a children’s home which can provide up to six months’ worth of food and shelter for up to 20 kids at a time, the centre also services other needy children in the Stellenbosch area through the early intervention drop-in centre. Here, children up to the age of 17 can pop in for a nutritious meal, warm clothing, a shower, as well as sign up for therapy and a broad spectrum of educational programmes. Those looking for more information or who are interested in volunteering can contact Charlene Vermeulen on 021 886 6216.

It’s easy to report any issues that you notice within the town, or make any constructive suggestions for improvements, via the convenient reporting channel, which is accessible 24/7/365. The channel can be found on the Municipality’s website by clicking on the red ‘Report an Issue’ button located on the right-hand side of the main navigation bar. Any concern can be reported directly online via the portal. Alternatively, there is a 24-hour emergency telephone number that one can call, as well as two WhatsApp numbers, namely the Service WhatsApp Line (076 951 0768) and the Law Enforcement WhatsApp Line (079 622 4722), both of which should be saved on every resident and visitors’ cellphone.

Stellenbosch has a brand-new,ultra-modern recycling plant 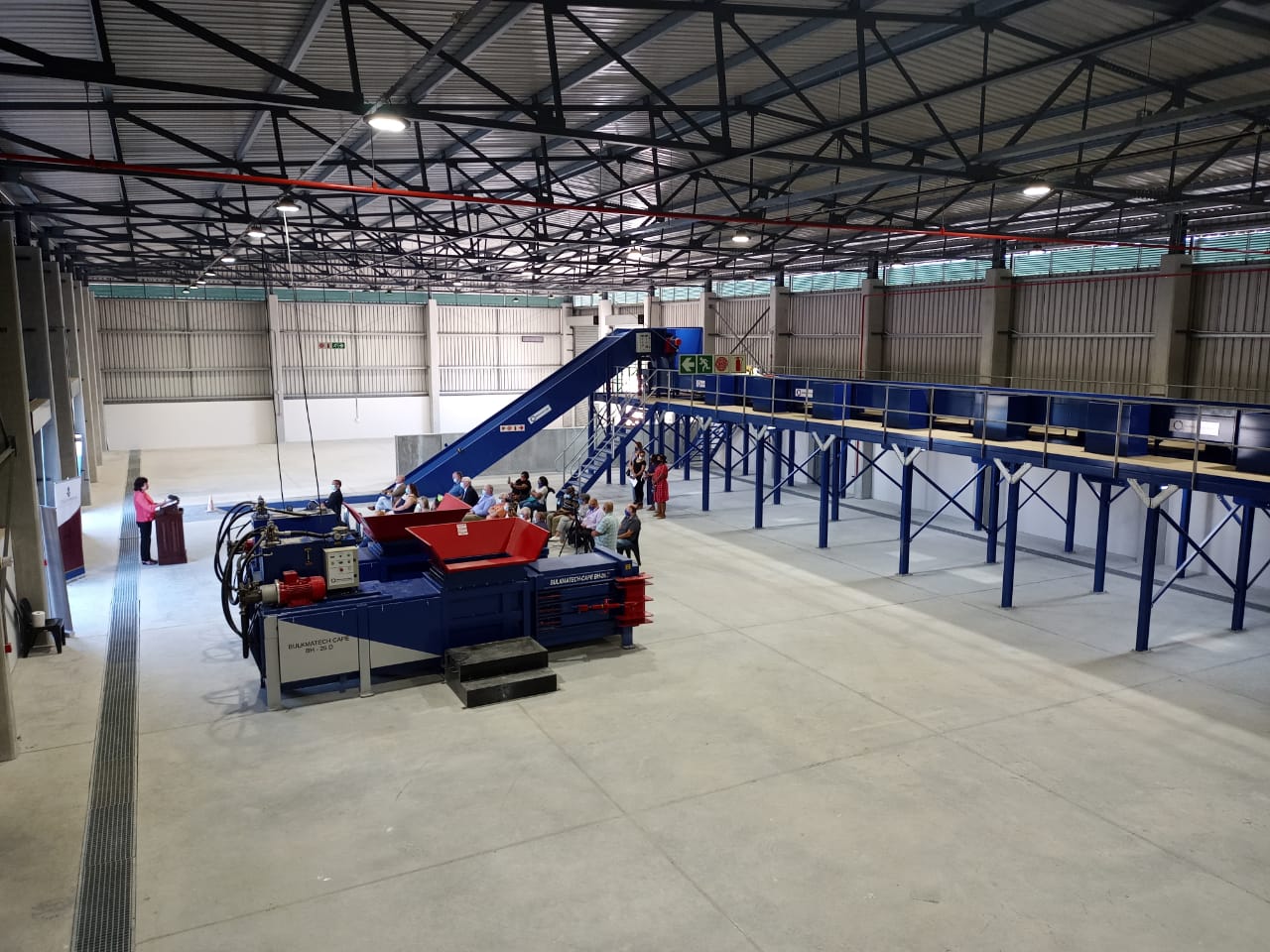 The people of Stellenbosch prioritise eco-friendliness, and the ultra-modern recycling plant in Adam Tas Road that opened its doors earlier this year (2021) is testament to this. The facility cost an estimated R29 million to build and has the capacity to process approximately 450 tons of recyclable material every month. Residents and visitors are encouraged to bring clean, recyclable items, such as paper, plastic bottles and containers, tins, milk containers, and juice boxes, to the facility within office hours to do their part for the earth. Garage waste is also accepted. All materials recycled here are later sold to companies for use as raw material in the manufacturing of new products. Those with questions can get in touch with the staff at the recycling plant via WhatsApp on 076 951 0768 or via email at engineering.services@stellenbosch.gov.za 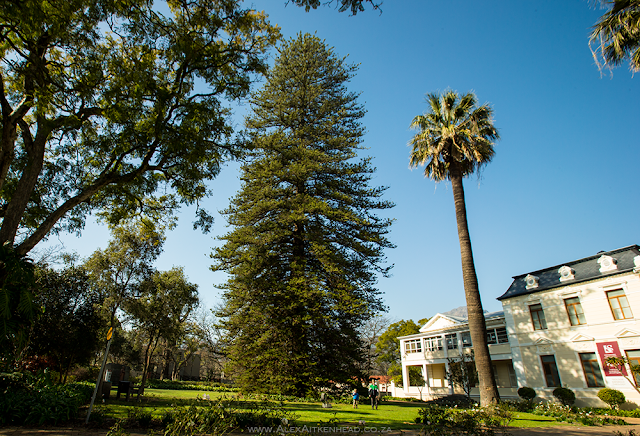 The country’s largest and oldest trees and groups of trees have been declared ‘protected trees’ under the Department of Agriculture, Forestry and Fisheries Act of 1998. Some notable examples of these champion trees in Stellenbosch include the tallest Norfolk Island Pine, planted in 1826, located at the Theological Seminary in the University of Stellenbosch on Dorp Street, and the Ryneveld Oak, planted in 1812 and one of only a handful of oak trees remaining from the previous generation of planted oak trees, located on Ryneveld Street.

Stellenbosch is home to the oldest documented townhouse in the country 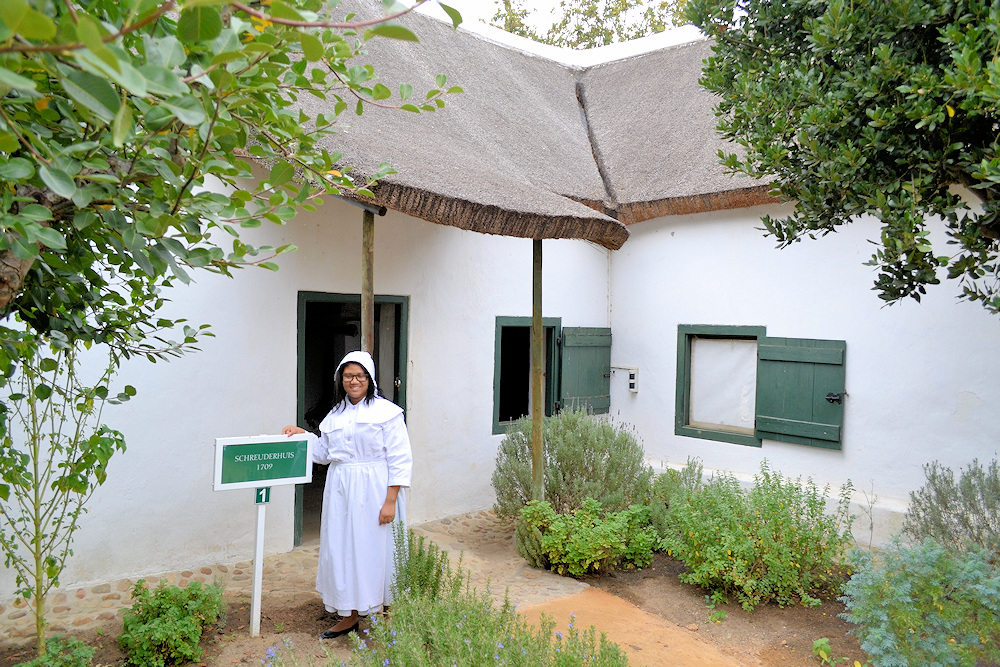 Schreuder House was built in 1709 and managed to survive the first major fire that left the town largely in ruins. The newly restored, T-shaped thatch house currently forms part of the museum complex in Ryneveld Street. History buffs will appreciate the fact that all interior furnishings and the garden are typical of a Stellenbosch Cape Dutch-inspired home from the period of 1680 – 1720.

Pinotage is unique to Stellenbosch

Pinotage is South Africa’s very own grape varietal and it originated in Stellenbosch. In the 1920s, the University of Stellenbosch’s first professor of viticulture, Abraham Izak Perold, was asked to attempt to extend the range of grapes commonly planted in the Cape region. He wound up crossing pinot noir with cinsaut, resulting in grapes that ripened sooner than most, were extremely resilient, and had a high sugar content – and Pinotage was born! 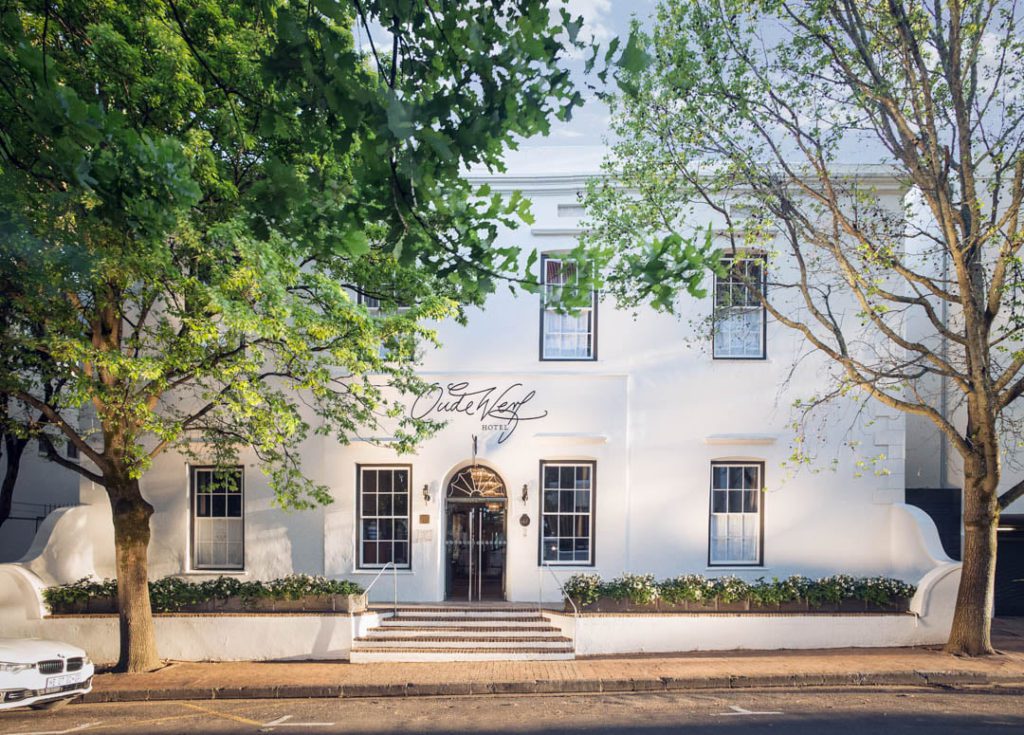 Oude Werf, built in 1686, has snagged the title of ‘South Africa’s oldest continuously operating hotel’. The inn also happens to have been constructed on the site of the town’s very first church, which was erected in 1687 and destroyed by fire in 1710. Guests and day visitors should plan to settle down for a memorable meal inside the Oude Werf Restaurant as they’ll be doing so in the exact spot where the congregation of South Africa’s first church worshipped.

SnapScan has been a success story since 2013

Named MTN Business’s ‘South Africa’s App of the Year’, SnapScan originated in Stellenbosch where it made its debut at various markets and small local coffee shops. The app that is a South African go-to for fast, free, and secure payments is now a household name nationwide. 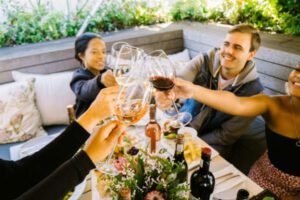 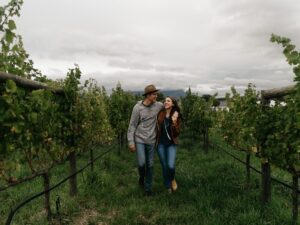 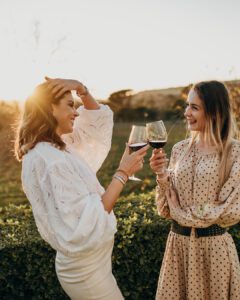 Stay Stellenbucks Itinerary Inspiration for the Foodie and Wine Boschers